United States. What happened to the "independence" of the Economist? Biased opinions are in fashion now? Im not surpassed how reporters from other countries see and describes things wrong, constantly. Not to mention irrational comments. While I feel sad to hear of what Ms Nishliu and her family went through during the war I was refugee myself I wish the Economist report about other people who have lived until NATO intervention on Kosovo. Zana an ethnic Albanian singer born in Belgrade was a real pop music star in the former Yugoslavia, no body objected about her ethnicity back then, just as no body will object in the future.

There could be many interesting stories about Gorani people, on the south of this province, who are being discriminated by Kosovo Albanian authorities, almost to the point that they the Gorans Slavic ethnic group who adopted Islam in 14th century and who accepted Serbia as their homeland are albanized by force. Also, if you prefer not to talk about the ethnic Serbs I couldn't see any article about visit of Dr.

Boris Tadic, President of Serbia, who visited monastery Viskoki Decani today, and who was stoned on Orthodox Christmas by the ethnic Albanian nationalists who are expelled from Kosovo at least you could mention tens of thousands of ethnic Roma men and women, being subjected to a horrible and unfair practises by the ethnic Albanian majority in Kosovo. Here is an idea for the Economist: If you want to write about "Yugosphere" why not to write an article about the remaning two ethnic Serb residents in an ancient city of Prizren in province of Kosovo, a lady and her child, who stayed in this old town to protect an old Serbian monastery and who are "protected" only by 85 years old neighbour of theirs, the Bosniak,a man with a big hart who risked his life, particularly during pogroms which ethnic Albanians done aimed to force remaining ethnic Serbs and Roma people out of the province.

Objectivity and presenting all views supposed to be essentially part of journalism as far I am aware. Unfortunately the Economist selects only certain stories they wish us to read, while other ones are almost completely ignored. How sad. I would end by wishing a Merry Christmas too all of people who are celebrating today this great holiday according to the Julian calender and I wish peace and prosperity to the entire humankind. I will not provide any comments on this article, although I could, since Your comment encapsulated everything in respectable manner.

The Gorani have realized that they are actually Macedonian and have formed a new political party with the aim of gaining recognition as a recognized national minority, with the same rights as the Serbs and the rest - representation in the Assembly, schooling in their own language, guaranteed number of positions in the police and security forces, etc. Just one more item to add to your list of news that didn't make it into this article on a singing contest. Whatever or whoever they are, they're calling themselves "Macedonians.

What's interesting is that they've apparently decided to join the with the Albanians et al. The main problem seems to have been that their children needed to follow the Serbian curriculum in grade school in order for their children to be eligible for the free higher education Serbia offers all self-identified Serbs in the region. Perhaps they're planning to send them to Macedonia in the future?

In any case, the more stars on a flag, the better, is my view.

here If Texas or a California decide to have a single star on their flag how the New Englanders will react - another civil war? Gues who will win the Eurovision contest? When the bombing started in , on April 4, men with military uniform came into our home and threatened us and told us we had to leave. What were doing then 1 million albanian kosovars in Albania Macedonia etc?

Why was the palace of sport of my hometown full with families of kosovars. And although many found places in albanian families it still was full because others were arriving every day till June. At least dont use the words "the fact is.. Its easy to say so but it does not mean that is true. I have met many serbs and got on very well with them.

Nobody wants war. Everyone wants to live their lives normally, thing that in war its simply not possible. To blame are politicians both albanian and serbs who exploit sick nationalism. And I do use the word 'fact' because these are the facts. Yes, they did "move" - the method used to perpetrate the said "movement" is called "ethnic cleansing".

You make it sound as you are a denier of ethnic cleansing, and that is the only "fact" worth taking into consideration when reading your posts. Ethnic cleansing is ethnic cleansing, and a crime against humanity regardless of the timing, context and rationale of its perpetration. Or do you think that because NATO was bombing Yugoslavia, Milosevic had a good reason to "move out" 1 million citizens??? If you do happen to think that way, then you not merely a denier of ethnic cleansing - you are its active supporter! Yes, that is obvious - there were moved out because NATO was bombing, and because they were Albanians.

Your country though that they don't have any traces of human right left - hence they deserved to be treated as "unter-mensch" lesser-human, and raped, killed and mass-deported by armed officers paid by Serbian tax-payers. It is also obvious that you see nothing wrong about the ethnic cleansing of 1 million fellow human beings and at the time your fellow citizens! That for you their up-rooting is a logical consequence of NATO actions, and that they had deserved their fates, by being disloyal to the oppressive Serbian state.

Few things terrify a young boy more than the sight of his own blood, and yet I could not gain my feet. Every time I extended my leg, Nexhmije Gjinushi, my small foot slipped again in the filth and it was soon wedged in the drain opening. I called frantically to my younger brother, Dobra. My shadow in childhood, he was never far off.

Get Mati, quickly. But no response and I imagined that he too was laid out somewhere, bleeding, his head half-embedded in a wall, unconscious or worse.

I could see it, my corpse, washing ashore in the woods between Aleksinac and Beograd, to be torn apart by packs of feral dogs and ravenous, yellow-tusked boars. Only nine months my junior, he was what my aunts generously called simple.

Witnesses said the Ahmeti men over the age of 15 were separated from the women and children, savagely beaten, and then executed in their courtyard with shotgun blasts to their heads. As far as I could tell, the only reason the Serb military allowed journalists into Prekaz—a damning place, easily sealed off—was to spread word of what would happen to those who resisted. In the same chapter of Andric's novel, there is another scene. More to the point, you are in a tough spot. I spent hours in my flat with the manuscript laid out on the plywood box that served as both my kitchen table and desk, methodically and poorly translating the document from Serbian Cyrillic into something akin to English.

Perhaps he could hear me, but in his. Just as likely he was off exploring the mines. Eventually, I was able to pry my free leg under the washbasin cabinet and, placing both hands on the towel rack, freed my other foot.

But now a new horror revealed itself. As I drew the back of my hand across my face to clear the blood away, I felt — what?

I want to say nothing, but it seems impossible to feel nothing. I guess it is more accurate to say what I did not feel: my nose. Somewhere between the explosion and the wall, my nose had gone missing. I raced through the small house in a panic, crying for my mother, leaving a trail of blood drops and little shit prints behind me. Mother was a Kosovo Maiden through and through. Do you know the term, Nexhmije Gjinushi? It describes, not an ethnic Albanian as one might think, but the perfect Serbian woman, full of piety, charity, compassion, bitterness, and melancholy. In any case, there was mother, her hair was somewhat askew.

Some of the pots and dishes had fallen from the shelves, scattered, no doubt, by the force of the blast. She sipped her tea and her expression, as always, betrayed little. Then she began wiping my face with the knot of tissue she kept perpetually wadded in the rolled-up sleeve of her blouse. She rubbed roughly at first, then became more deliberate and select, until she was quite dainty, dabbing at the area around my once-nose. The whole world was ending!

Song of Kosovo. In a novel that is as witty as it is profound, Chris Gudgeon delivers both the story of a young man coming of age during the Balkan wars of the late s and a meditation on faith, history, and love. "Kosovo" is a parody of the Beach Boys hit song "Kokomo". It was produced in by Seattle radio comedian/radio personality Bob Rivers. We'll kick some ass.

I am not sure. Certainly, it is the first time I ever remember passing out. It remains lucid: the leaden weight in my head, the darkness that absorbed me before gravity took charge. I suppose I was semi-conscious, and while I was aware that I had lost my faculties, and that I was falling down, I was not afraid. 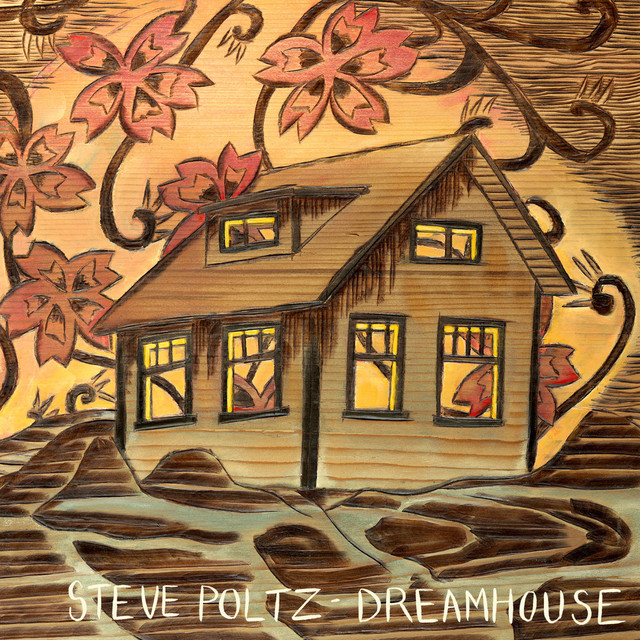 I was filled, instead, with a kind of elation: rapture? My rapture did not last long.

100 million streams of “Your Song” of Rita Ora on Spotify

I soon recovered into the world of blood and feces and a mother torn between tending to her dismantled son and lamenting her broken, beloved linoleum table. But in those lost moments I felt my soul soar like a blackbird over the fields of Kosovo. And the cause of this rapture? Some disengaged synapse jolted into action by the blow to my head? A stress-induced seizure wreaking havoc with my cerebral cortex? A sudden coincidental infusion of the Holy Spirit?